Flying to Mallorca, your first impression might be that of a giant European party bus.

You might find yourself surrounded by jovial groups of grown men bearing hot-pink tank tops declaring themselves “Helene Fischer Ultras,” a reference to prominent and award-winning German folk singer. They will down a few beers before takeoff, sing drinking songs throughout the flight, erupt into spontaneous applause when the island comes in sight, leave minibar bottles of Jack Daniels cheekily perched on the backs of their seats when they disembark, and charge into the island to presumably drown their joie de vivre until they achieve a sun-drenched, alcoholic stupor.

Once considered the unimpressive “putzfrau insel” (cleaning-lady island) of the Balearic island archipelago lying between the east coast of Spain and the north coast of Africa, the isle is now one of the top vacation destinations of Europe, attracting hordes of tourists. The airport of the Mallorca’s capital city, Palma, saw more than 23 million visitors pass its gates last year, a number that should threaten a destination measuring just over 1,400 square miles. Despite such overwhelming numbers, however, much of Mallorca remains peaceful and undisturbed, with glorious beaches, a temperate climate, stunning vistas, and a rich history – one that includes prehistoric settlements from 6,000 B.C., early works by master of modernism Antoni Gaudi, and visitors such as Chopin, George Sand, and Jorge Luis Borges.

Upon your arrival, politely disengage from the alcohol-obsessive swarms and head east with your rental car, crossing the flat, fertile plain of Es Pla. Instead of high-rise hotels, you’ll find fields of crops and endless orchards bearing almonds, oranges, figs, and olives, all reminiscent of van Gogh’s landscapes. The fertile land and mediterranean climate allow farmers to harvest crops up to three times a year, even as late as November, in what is called a “winter spring.” The island has so many almond trees that when they bloom, from the air, the island seems dusted with snow. 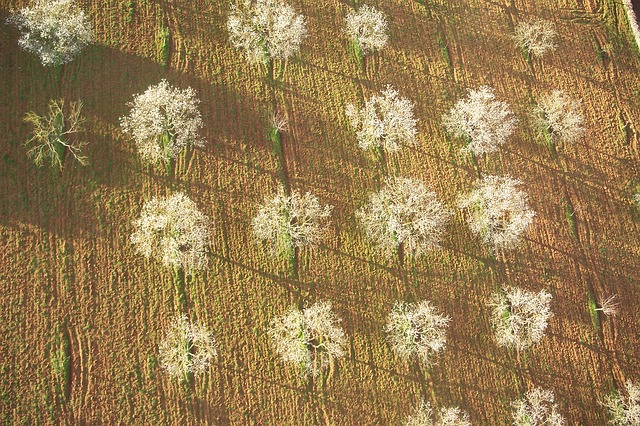 Membership in the EU has improved driving conditions immensely, with paved roads and clear lines, though street lights are still often absent. Travelers used to urban environments might find the omnipresent traffic circles an annoyance, but if you’re in Mallorca, you’re on vacation: relax. As you approach the east coast, the terrain becomes more hilly, indicating you’ve reached the Llevent mountains. These mild but steep slopes are far more manageable than the towering Tramuntana mountains that comprise the island’s northwestern coast, offering diverse views of the east coast’s ports, coves, and beaches.

While delving into a place’s culture and history is important, upon arriving you should, of course, go to the beach. Deciding which beach to visit offers an embarrassment of riches, but visitors might find themselves thrust into a near-existential crisis: what do you look for in a beach? Do you want an isolated cove all to yourself, a surfing shoreline with bombastic waves, an assortment of reclining lounge chairs with a tiki bar steps away? Whatever your answer, Mallorca can happily accommodate you. I prefer small, isolated coves with gentle waves, with a quiet restaurant within walking distance. But the greatest importance, for me, is gazing upon water that is both emerald green and teal, both aquamarine and Egyptian blue. As seen in the picture above, I found it – less than a kilometer from our house, and on the very first day.

Next post: architecture, Gaudi, and a monastery with one of the best views of island.